I ron Mountain is known for its star power on the court. You know the names Marcus Johnson and Foster Wonders, but there is a new face on the bench who is becoming a star in his own right: 13-year-old manager Drew Ramme.

This is his first year with the team, but players and coaches alike are already taking notice of his impact.

Drew’s duties include filling up water bottles and handing out towels, but it is his energy and positive attitude that truly inspires the Mountaineers.

“He’s just engaged with all the players and we love him. I mean, we love all our managers. They help out, they’ve been helping for a while, but this is Drew’s first year and he sure gets excited and we feed off of that.”

That joy is evident if you take a peek at the bench during one of Iron Mountain’s games. There’s Drew, in his black Mountaineers shirt and dark blue glasses, jumping and cheering for every good play.

“I think my favorite part about basketball is that I get to see my favorite people play live,” Drew said. “This means a lot to me, getting to be the manager and doing all this stuff.”

Drew is halfway through his first season with the team, but he already enjoys a close bond with the players. They’ve become like family, he said after the game with one arm around Marcus Johnson in a hug.

“I like being part of a community that lets me do this stuff,” he said. “We are one big family, and IM supports us with their hearts.”

With that excitement on the bench, it may seem like all fun and games, but Drew has an important job to do, and he takes it seriously.

Drew hands out towels to the players when they come off the court, and he also helps fill up water bottles, something he has down to a science.

As a manager, it is important that Drew is on the bench at all times to cheer on his team, but he also needs to make sure the players stay hydrated. So, he has perfected getting to the drinking fountain quickly and filling the bottles fast enough that he doesn’t miss any of the action.

“He comes here, and he has purpose in his job,” coach Johnson said. “We just love having him.”

His dedication to the job proves beneficial to Iron Mountain.

According to Marcus Johnson, there is nothing more important than coming off the court and being greeted by a full water bottle and an encouraging face.

“It is an essential part of the game to stay hydrated,” he said. “The managers we have are very special. They are part of the family, and we love having them here. They lift our spirits every day, which is a big thing for us guys, and they’re just very special people to us.”

Next time you’re at an Iron Mountain game, and the Mountaineers hit a 3, or grab a big rebound, take a look at the bench. You’ll see Drew, with his infectious smile and can-do attitude hyping up his team.

And that is a priceless addition to the Mountaineer squad.

“If everyone in the world could bring as much joy to others as he does we would have a great place to live,” coach Johnson said.

First-year coaches may meet some of the unexpected challenges high school basketball presents. So this offseason, Upbeat will check in with head coaches to have them reflect on their first varsity basketball head coaching experience and discuss how they will use that to shape the program going forward. Brittany Turin-Jilbert has coached boys basketball since she was in college, but...

The MHSAA elected to give byes to top-seeded basketball teams during its Spring Meeting on May 4. Any existing byes will be awarded to the No. 1 and No. 2 seeds, in that order if multiple byes are part of the bracket. The rest of the teams will be placed based on the draw process. 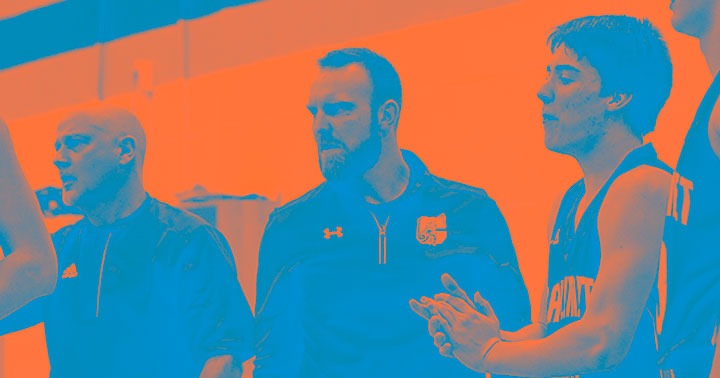 First-year coaches may meet some of the unexpected challenges high school basketball presents. So this offseason, Upbeat will check in with head coaches to have them reflect on their first varsity basketball head coaching experience and discuss how they will use that to shape the program going forward. First up is Calumet coach Frank Bonacorsi, who took over for Mike...