A fter 29 years of coaching at Iron Mountain, and 19 as a head coach, Bucky Johnson can be considered an authority on Mountaineers basketball. He’s seen good teams, bad teams, great teams and everything in between, but he’s never seen anything like this.

“I would have to say that the last time I saw a team with this much talent was back in 1993-94,” he said after a long pause to think. “We had kids that were college athletes when they graduated, but even so, in my opinion, this team has the most basketball talent that I’ve seen in Iron Mountain since I’ve been here. I guess it is really rare.”

That 1994 team was the last Iron Mountain squad to win a regional championship, until last season. The Mountaineers went 23-1 before losing to Maple City Glen Lake 66-49 in the Class C quarterfinals. 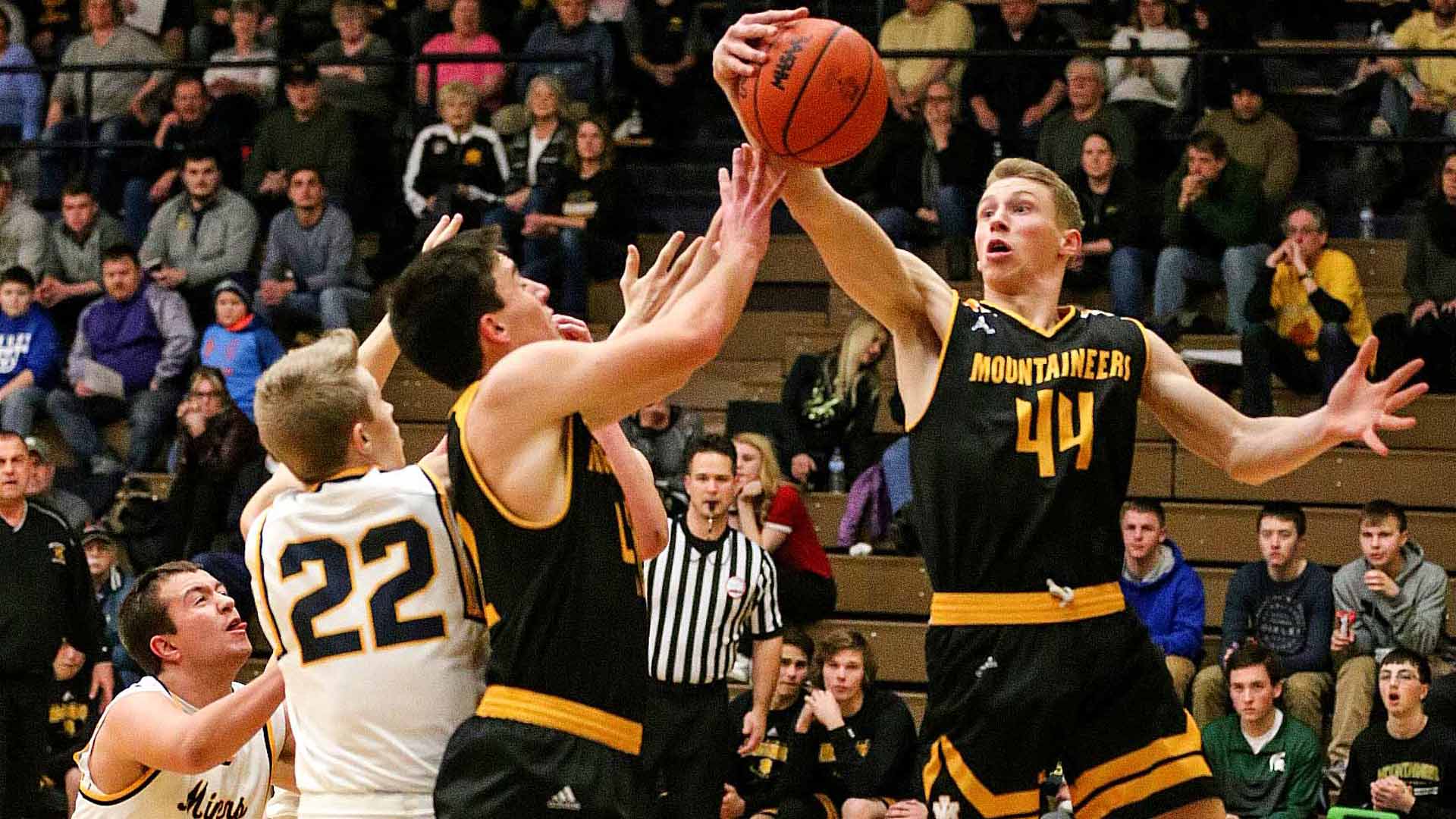 This year they return all five starters, meaning there is no reason the Mountaineers shouldn’t be that good again. In fact, they should be better.

They know it, and so does everyone else. But Johnson won’t allow outside opinions to pollute his team.

“As far as pressure from other people I don’t really feel that because the only thing I care about is the circle we are in right now, and the guys on this team,” he said.”Other people can have their opinions, and they are entitled to them, but we don’t really let that stuff bother us at all.”

In the center of the circle is junior point guard Marcus Johnson and sophomore guard Foster Wonders. Johnson was named the Class ABC Player of the Year and was an All-UP Dream Team selection, averaging 22.9 points, 5 assists and 3.8 rebounds a game. Wonders was named to the All-UP Class ABC First Team with 19.1 points and 6.3 rebounds a game.

It is easy to see why the two generate so much hype for Iron Mountain, but while they may be the most well-known points in the circle, the other three starters are what hold the Mountaineers together.

Plus, they couldn’t care less about the hype.

Coach Johnson gets emotional when he talks about Charlie Gerhard. The senior is like another son to Johnson, as he has been good friends with Marcus since the two were tykes. So sometimes, when coach Johnson speaks about Chuck, as he calls him, his eyes might tear up a bit.

“He is a happy, go-lucky kid,” coach Johnson said. “He is talented, he works his butt off. He is just awesome and I can’t say enough about him.”

A natural-born athlete, Gerhard specializes in rebounding and defending. Occasionally his athleticism might generate some flash, but mostly, Gerhard keeps a low profile, the exception being when he shows off his vertical.

“I am more of a natural jumper. I’m not the best at shooting, I really haven’t shot much throughout my varsity years; we have other people to do that,” he said smiling. “My biggest strengths are my hops and then defense.”

When junior Tony Feira was in sixth grade, he didn’t want to play basketball. When his mom dropped him off for his second practice, Feira wanted to be anywhere else. The scene he created in the car looked more like a kid getting dropped off at the dentist, rather than at practice with all of his friends.

“It was my first year playing basketball. I didn’t want to play, [coach Johnson] asked my dad because he and my dad are friends and I was hesitant,” Feira said. “I decided I would give it a shot, so I went to the first practice and didn’t really like it. The second practice came a day or two later and my mom brought me and I did not want to go in. I was in the car crying, screaming, kicking, scratching her, throwing hands at her, I just did not want to go in.”

Eventually, coach Johnson told Feira he could come in and just watch practice to see how he felt. Somewhere along the way, he got in on the action and Feira has played ever since.

Like Gerhard, Feira picks up a few points here and there, but he doesn’t see himself as a scorer.

“I’m not the guy that will go out and score 20 points a game,” he said. “I’m more of the guy that gets rebounds for the team, and then if I’m open I will shoot the ball. I’m really the guy on the team that is always on the floor after the loose balls.”

But Feira can score, and he picks the best moments to do so.

“Tony has the tendency to show up in big games and at big times,” coach Johnson said. “When we need him, he is there. He is quiet out on the court, and sometimes you might say, ‘Well who is No. 40?’ But he had 19 points against Gladstone last season.” — Iron Mountain defeated the Braves 71-66 in that game.

His teammates are quick to call him the best defender in the UP.

Jaden Vicenzi was a little late to the party, moving to Iron Mountain from Marquette in the fifth grade — but he quickly found his place with the team. Now, the Mountaineers would be lost without the senior.

“He has all kinds of basketball talent,” coach Johnson said. “He is a 6-foot-2 kid that can move, and he can guard people — he is a great defensive player. He is irreplaceable. He is a critical part of our package.”

Coach Johnson described Vicenzi as down-to-earth and hard-working, and his teammates are quick to call him the best defender in the UP.

Vicenzi is tasked with guarding tough opposing players, and he is more than capable of shutting them down.

Coach Johnson can’t believe how lucky he got with this group.

Coach Johnson can’t believe how lucky he got with this group. The Mountaineers have 11 players on their roster and each one knows their role. They never do too much, they never do too little, and they don’t begrudge their teammates.

When Vicenzi said the team operates as a unit, he meant it.

“Every night when we break our huddle it is ‘1-2-3-family,” coach Johnson said. “And we don’t take that lightly. They aren’t just saying ‘family’, they are saying ‘family’ like it means something to them.”

It’s a family that was formed organically and fortunately. If Gerhard wasn’t raised with Marcus Johnson, if Vicenzi didn’t move to Iron Mountain in fifth grade and if Tony hadn’t gotten out of the car for his second practice, who knows where the Mountaineers would be.

But, they’re here now, in a circle together, and that’s all that really matters.