I t will go down as one of the most controversial endings in state finals history. Boos filled the Breslin Center. Some Iron Mountain players chose not to wear their runner-up medals as they watched Pewamo-Westphalia hoist the Division 3 state title through tear-filled eyes.

Bucky Johnson’s 18 seconds of silence when asked about the dramatic conclusion during the postgame press conference was perhaps a fitting representation for how every Iron Mountain supporter felt in the immediate moments following Saturday’s 53-52 loss to P-W: disbelief. 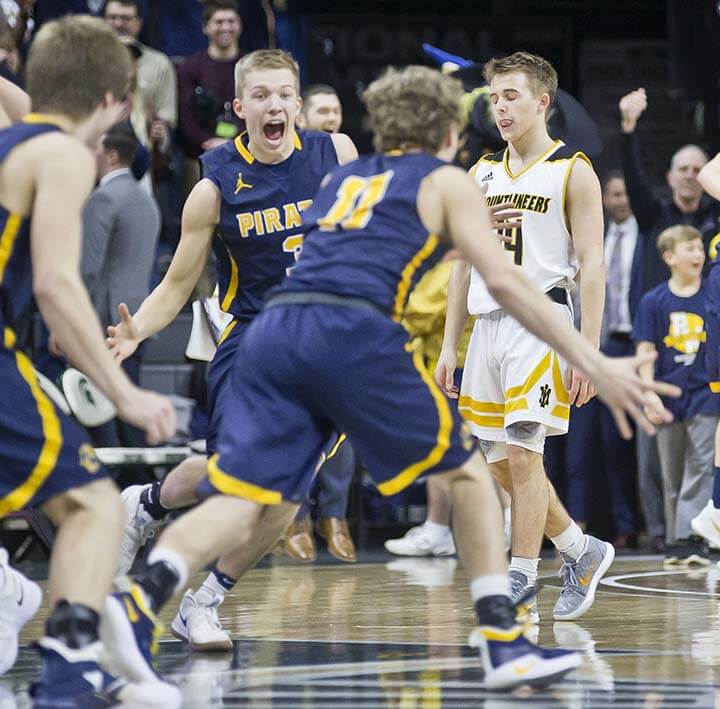 Pewamo-Westphalia celebrates its 53-52 state title win over Iron Mountain as Marcus Johnson walks to the bench.

The controversy started with Iron Mountain holding a 52-51 lead with 11.5 seconds left in the game. P-W put on its full-court press and Iron Mountain broke it with ease. Marcus Johnson’s lob found an open Tony Feira near the hoop and Feira converted a layup in stride, but the celebration was shortlived. Feira was whistled for a travel. No basket. P-W ball.

There was also this travel called on Tony Feira that set up Pewamo’s possession. pic.twitter.com/almA3PELrH

With 5 seconds remaining, Iron Mountain had just three team fouls and was looking to use one as P-W’s Collin Trierweiler caught the inbound pass below the free-throw line on the wing before making his way up the court. Johnson attempted to use a foul, grabbing hold of Trierweiler before he could get up a shot from half court. The near official called Johnson for an intentional foul, giving Trierweiler two free throws and possession to P-W (28-0) with 0.7 seconds left.

“I tried to reach around and poke (the ball),” Johnson said. “Then I grabbed the side of his jersey and then I think the ref probably saw that he was going up with it. I held him. I tried to poke the ball from behind first, so I don’t know.”

This was the intentional foul they called on Iron Mountain’s Marcus Johnson. Pewamo-Westphalia gets two FTs, 0.7 seconds left in game. pic.twitter.com/9IhOCLZB7C

Bucky Johnson was incredulous and sought out an explanation. Marcus looked on with dejection as the ref crossed his arms to signal the intentional foul. The casual spectators who awaited the Division 2 final that was to follow even joined the Iron Mountain fans in its chorus of boos.

“Obviously my heart goes out to Iron Mountain,” Pohl said. “I do know this though. I know the MHSAA has put an emphasis on the intentional foul. I believe if (Johnson) had not put his arms around him, Collin (Trierweiler) would have had a layup.

“Tough, tough call. If I’m on the other side, obviously very emotional and I would feel really bad about it too, but I’m just going to leave it at that.”

Between the booing, cheering and sideline theatrics on each side, the Breslin Center turned into a circus. Through all the drama, P-W’s Trierweiler still had to make the free throws to decide the game’s outcome. Iron Mountain took a 30-second timeout and then a full timeout to compose itself, all while Trierweiler constantly wiped his hands on a towel in an attempt to keep them dry.

Standing at the line by himself, he composed himself and made the first to tie the game at 52. After another timeout from Iron Mountain (27-1), he converted the second for a 53-52 lead. P-W inbounded the ball without any issue to secure the program’s first-ever state title. 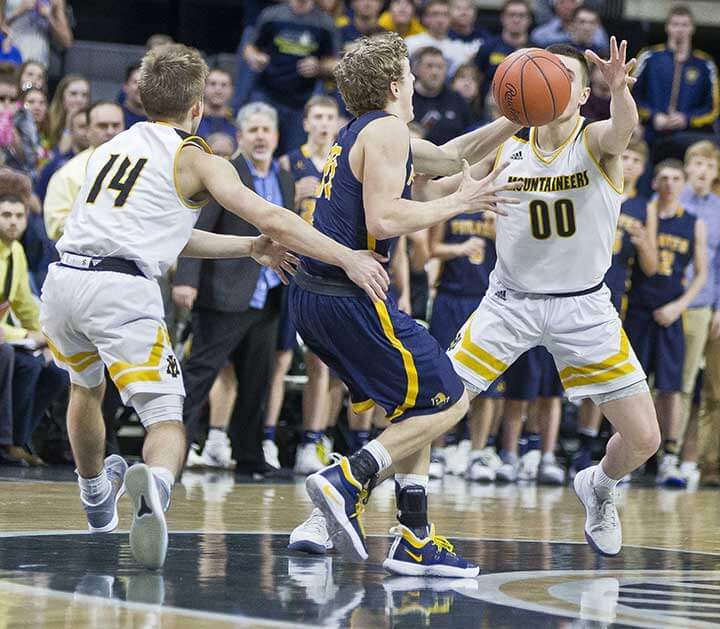 Iron Mountain's Marcus Johnson was called for an intentional foul with 0.7 seconds left on Pewamo-Westphalia's Collin Trierweiler, who would go on and make the game-winning free throws for a 53-52 victory.

“I just tried to calm myself down and think of myself in the driveway with my older brother,” Trierweiler said. “We used to practice them all the time, and it’s one of my favorite things to do. I always dreamed of being at the free-throw line in a big moment. Maybe not this big — this was kind of scary. Just tried to block out the background and think of the trees in my yard and putting it up and shooting it.”

In a matter of seconds, Iron Mountain went from in control of winning its first state title of the modern era to listening to the P-W students chant, “Hey, hey, hey, goodbye,” as the team went through the postgame handshake line. Even in the moments after the game, the players failed to comprehend how everything turned so fast on them.

“It’s a lot of tears,” Marcus Johnson said. “ It’s very hard to fathom I won’t play with (the seniors) again … It’s kind of a chapter that closes in my life and other people’s … I’m not really feeling much right now. Just sucks we lost.” 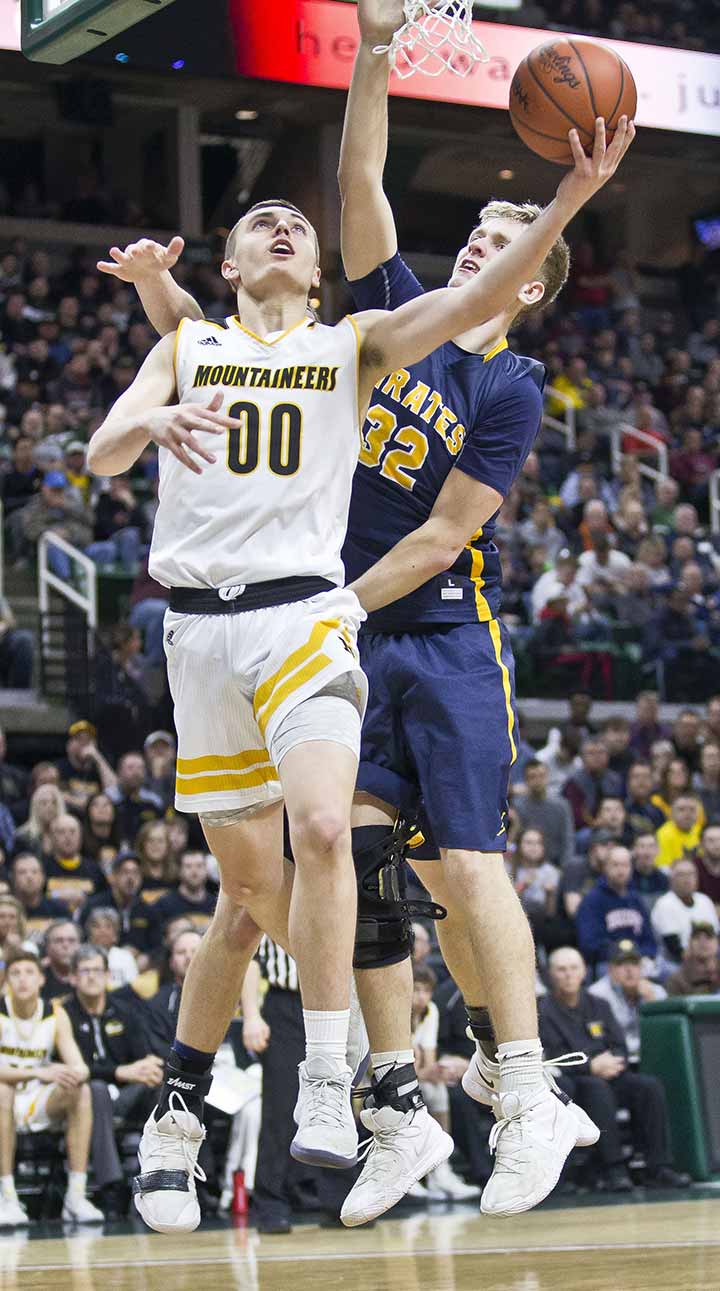 Foster Wonders led Iron Mountain with 20 points and also reached the 1,000-point mark for his career.

Iron Mountain broke presses all season for layups. Tony Feira’s felt like it should be no different. The Mountaineers were never called for an intentional foul all season until the final 0.7 seconds of the last game of the season.

“The way that game ended, I don’t know what to say to that,” Bucky Johnson said. “I really don’t. It’s very painful. I’m the type of guy that gets angry with things like that. But there’s joy for the kids because they’re unbelievable kids, and to have the game come down to that, I’ve never seen that in my life.”

The MHSAA doesn’t normally offer official statements on rulings from games. But Kimmerly told Upbeat the following:  “It was an emotional ending, it was a judgment call. (The MHSAA) aren’t really in the business of making judgment calls. We have the officials out on the court to make those calls, and that was the call that was made.”

Before the dramatic conclusion, the final contest in the Mountaineers’ season followed the same script as the previous 27 victories. Foster Wonders and Johnson got to their spots and were able to score routinely. Wonders finished with 20 points, and Johnson scored 17 as they both took turns taking over certain parts of the game. 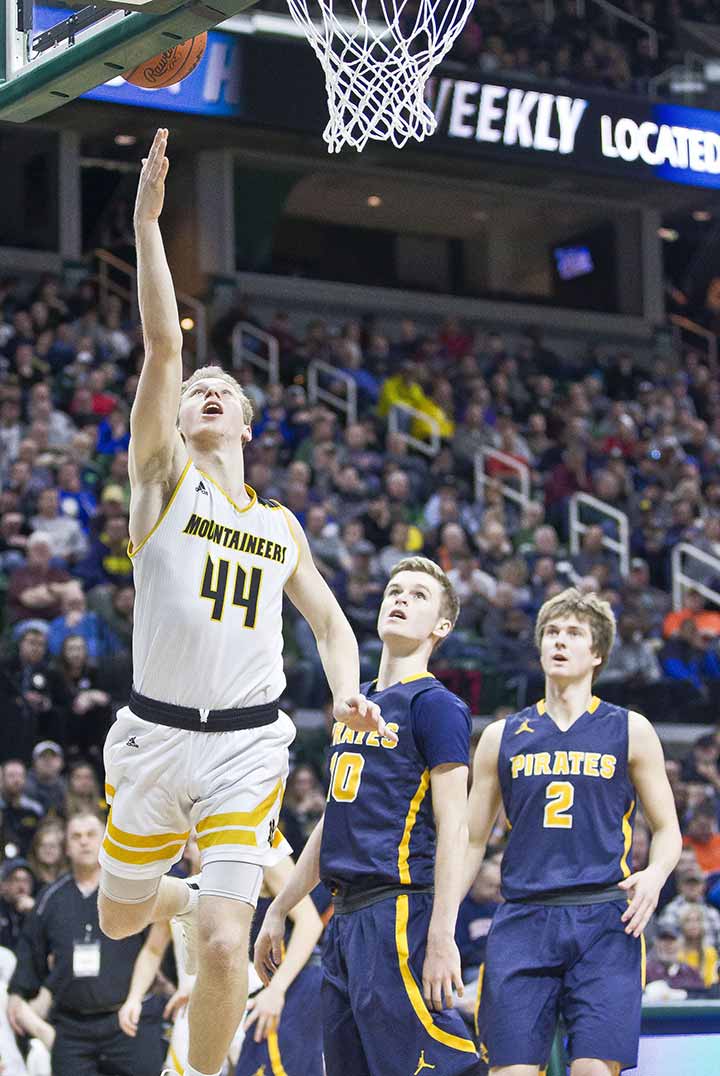 Wonders scored 13 first-half points, converting 6 of 10 shots on midrange jumpers and finishes around the rim. He came in needing seven points to reach the 1,000-point mark for his career and reached the milestone with a free throw at the start of the second quarter. For him, the accomplishment felt diminished given the result.

“I would’ve traded all of that. I would rather have scored zero points than score 1,000 points, and win the game,” he said.

Johnson’s best quarter came in the third, where he made 3 of 5 shots for eight points. There was a deep 3 off a catch-and-shoot from Wonders to put Iron Mountain ahead 31-24 with 6:42 left in the third, and a step-back 3 on the left wing to give his team a 40-35 advantage heading into the fourth quarter.

Midway through the fourth, Johnson did the little things he’s done all year to give the Mountaineers an unbeaten record coming into Saturday. He drove and kicked to Jaden Vicenzi for an open 3 before setting up Feira with a layup off another drive and dish. On the inbound, he tipped the ball off P-W to force a turnover. Johnson pounded his chest and let out his signature celebratory scream. Iron Mountain led 48-42 with 3:46 and had all the momentum.

“He made the plays in crunch time,” Bucky Johnson said. “He’s been doing that all year and his whole career. Marcus is a gamer and he knows when he has to make a play, make a shot and he did that for us the whole game.”

When the game comes down to that, it’s just disappointing … I just don’t know what to say about that.

P-W would answer with a 7-2 run. The Pirates closed the contest by making 4 of 6 shots from the field, including Andre Smith’s fifth 3 of the game, cutting Iron Mountain’s lead to 50-47 with 1:21 left. Smith finished with 21 points and keyed P-W’s comeback with 14 second-half points while shooting 4 of 6 from 3-point range. Rendered ineffective by Iron Mountain’s Charlie Gerhard in the post, the 6-foot-7 Smith floated to the 3-point line.

“He just did that on his own, which I don’t care,” Pohl said of Smith going to the perimeter. “He even played the guard spot in one of our sets. I didn’t tell him to, he just wanted the ball, and I love guys who want the ball.”

Following Smith’s 3, Iron Mountain missed two front ends of one-and-ones. P-W missed an open 3 after the first one, but Trierweiler made a driving layup to trim the deficit to 50-49.

With 21 seconds remaining, Iron Mountain was able to get the ball to Wonders, who went 6 for 6 at the line in the fourth quarter of the semifinal win over Detroit Edison, and remained reliable once again with two more makes for a 52-49 lead. Trierweiler drove once again for another layup before the chaos ensued.

There are anomalies and then there are events that make you simply scratch your head in confusion. Jason Waterman going 0 for 7 from 3 in Monday’s district-opening win over Manistique would fall into that latter category. A season ago he made 50 percent of his attempts from 3-point range, so it was strange to see him struggle against a...

Nobody gave Ironwood much of a chance going into Wednesday night’s Division 3 District 65 semifinal against Iron Mountain, the top-ranked team in the Upper Peninsula with hopes of getting back to the state championship game. The Red Devils, though, didn’t play like that. They competed. They kept Iron Mountain stars Foster Wonders and Marcus Johnson on the floor into... 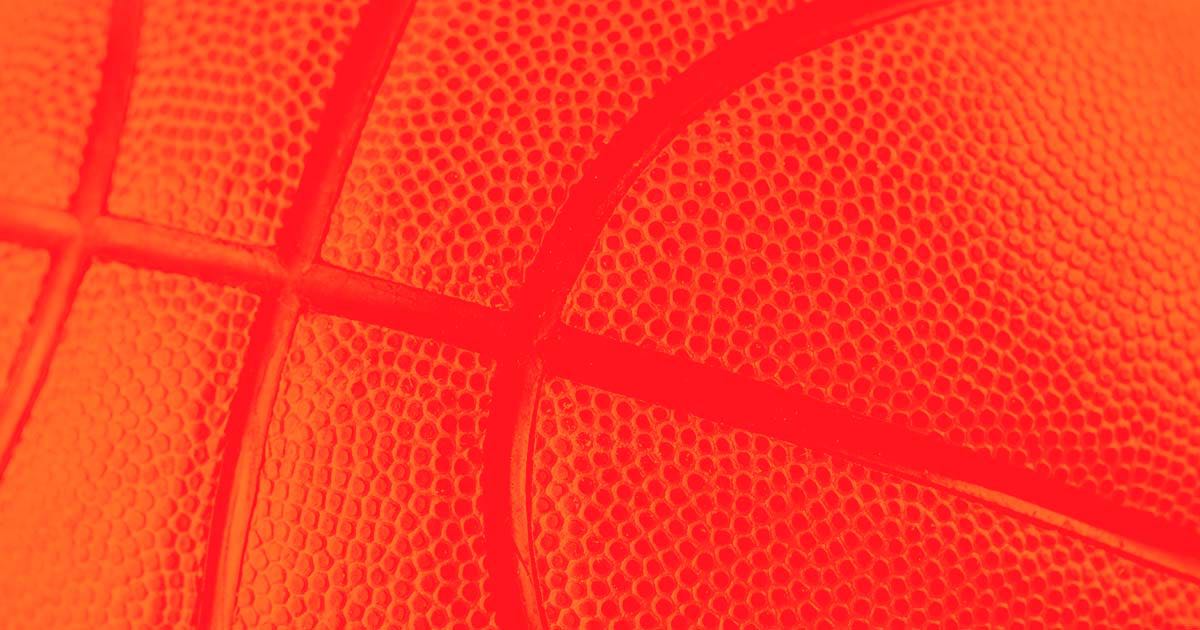 Kameron Karp is starting to get a bit of a reputation. A reputation as a player who makes big shots in even bigger situations. And on Wednesday, tied with Gaylord at 57, Karp hit his second buzzer-beater of the season to give Marquette a 60-57 win in the district semifinal.