How Louie Bogda returned to become a leader for L’Anse

I t’s obvious Louie Bogda is uncomfortable. He makes as much clear when he explains it’s his first time being interviewed. Each answer is short and starts with a form of “I don’t know.” The best environment for this interview might be him and I on opposite basketball teams, going against each other on the court. Because apparently, that’s where the L’Anse senior is most talkative.

“He’s quiet when he’s outside the gym, but he will be the trash-talker on the court,” L’Anse coach Kyle Koski said. “I try to keep him in check as much as I can, but I know he likes to run his mouth a lot out there.”

If you needed evidence, one only needs to look at L’Anse’s season finale when Bogda was assessed a technical. He also makes no reservations about his on-court demeanor. His eyes light up when the topic is brought up and he practically jumps out of his chair. It’s the first time he can answer a question without hesitation or thought.

“I’m a big trash talker,” he said. “It helps me play better. When I’m trash talking and I’m feeling it, it feels like everything is going in.” 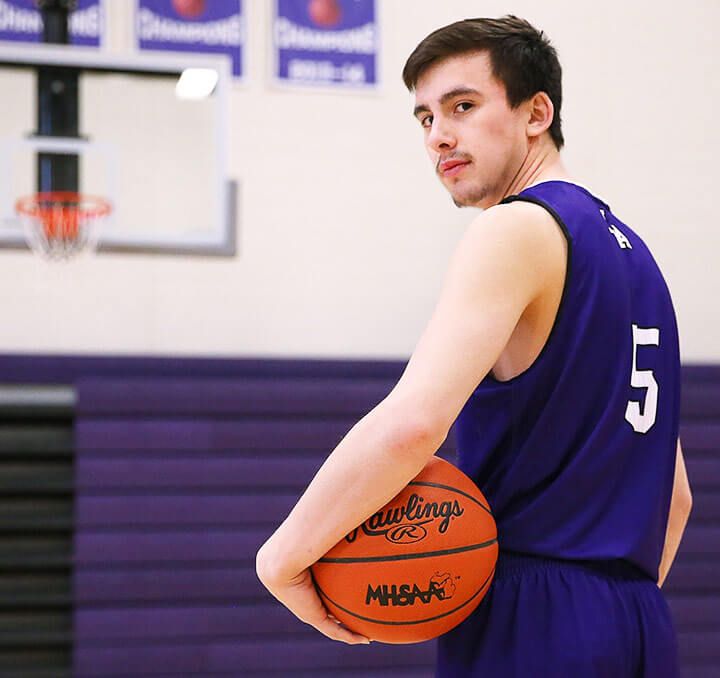 When L’Anse is ahead, his go-to line is, “Can you read a scoreboard?” Simple and gets to the point. But he can also get creative and make it personal. Brad Sirard is Houghton’s leading scorer and drawing recruiting interest from Michigan Tech. He’s also one of Bogda’s friends. But even Sirard could not be spared Bogda’s in-game disses. During a Dec. 6 matchup, Bogda lit into him by commenting things such as, “Why would Tech ever want you?” It’s one of the more memorable exchanges Bogda can remember from this season, so perhaps it’s no coincidence that on the same night he taunted one of his good friends, he scored 30 points on seven 3s while leading L’Anse to a signature 62-56 win over Houghton.

Despite playing at an All-UP level, averaging 17.4 points while shooting 42 percent from 3, Bogda’s name might be unfamiliar to most, and that’s understandable. He’s undergone a name change and sat out last season as he worked through his own personal issues. His four-year varsity career has been filled with more emotional distress than any teenager needs to endure.

Three months before his freshman season, Bogda’s grandpa died. He had served as a father figure and laid the foundation for the smooth jumper Bogda now showcases on a nightly basis.

Bogda’s sister had a boyfriend who filled the role of a father as well, but on the day of Bogda’s varsity debut, he passed away.

“I tried to play for them,” Bogda said. “When I was on the court, I didn’t think about it at all. I tried to act like it didn’t happen, but it’s hard to act that way when you don’t see them.”

The court was his escape and the thoughts of his lost loved ones would enter his mind whenever he returned to the bench. Still, he attempted to suppress his emotions. It’s all that he knew at the time. 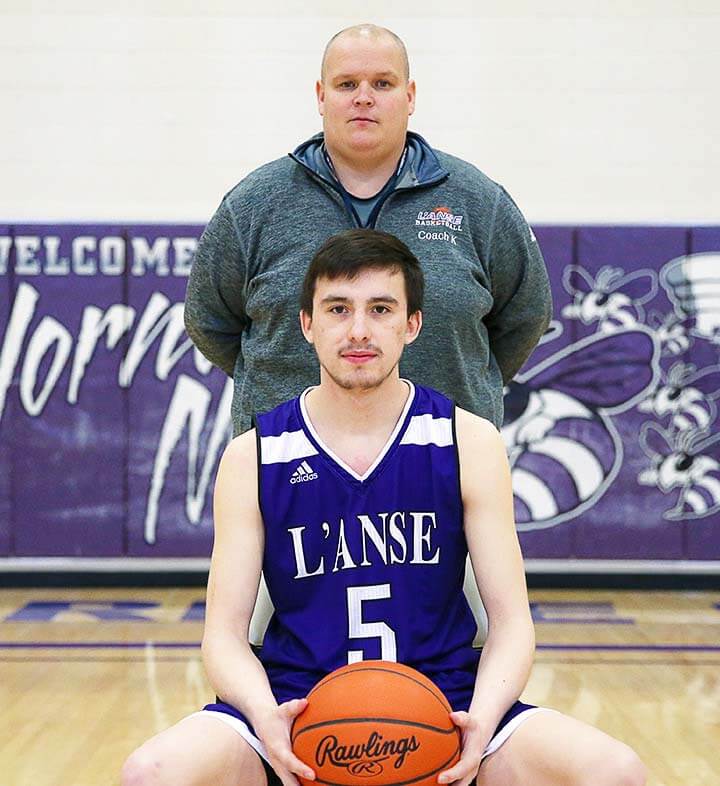 But eventually, it did all catch up to him. After successful freshman and sophomore seasons where he averaged 10 and 12 points per game, Bogda was consumed with a depression that played a part in him sitting out his junior season. He could no longer shut out his emotions and it all manifested itself into a debilitating depression.

“It just all started hitting me and I went into a really deep, dark place,” he said. “It was really hard to find motivation in a lot of things.”

A self-proclaimed introvert, Bogda started missing school. He would go to bed at midnight and sleep 10 hours a day. A typical day at home meant scrolling through his phone or watching Netflix. The only place he could find solace was on a basketball court. It was where he didn’t have to consider the recent losses in his family or be concerned about what others think of him. A normal basketball session lasted three hours, whether that was getting shots up alone or playing with friends, Bogda found peace on a court.

“You don’t think when you’re out there,” he said. 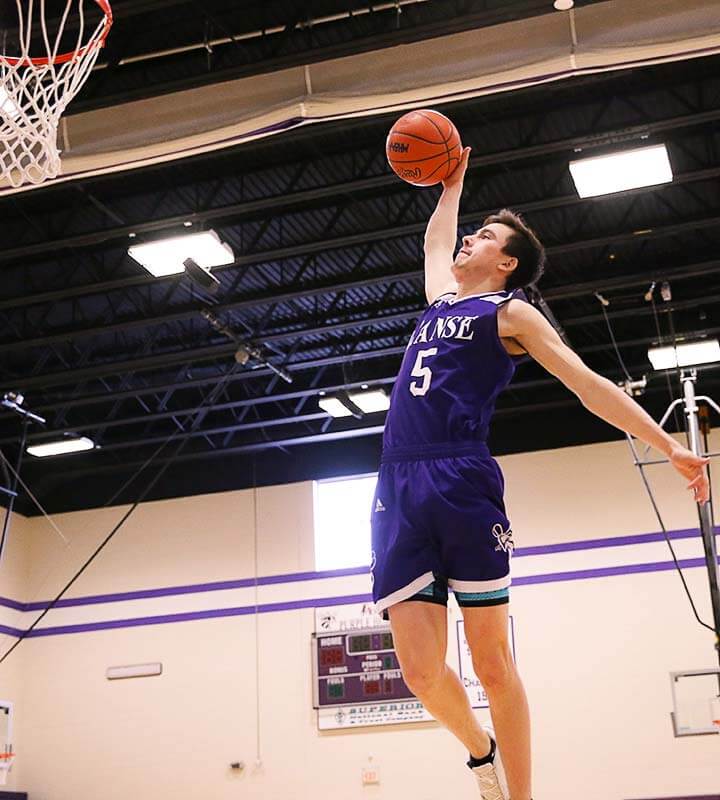 Even Bogda’s current teammates weren’t immune to his trash talk during their 5-16 season last year. He’d ask them why they couldn’t win more games and instigate arguments by pointing out their losses. But of course, his friends had the ideal comeback of reminding him that he wasn’t even playing.

It’s not the only message his teammates had for him. Every day they would badger him about playing while reminding him to go to class. Bogda planned on returning; it’s why each time someone brought up the fact he has no right to talk because he wasn’t on the team, he’d reply by saying, “Wait until next year.”

It’s basketball where Bogda sought comfort and it’s basketball that allowed him to overcome the emotional depression that kept him holed up in his room. He began to see basketball as a tool to turn his life around and serve as a way for him to channel his energy and thoughts into a purposeful meaning that was goal-orientated. But a return to the court meant a necessary improvement in academics. It started this past summer when he was forced to take an online-math summer class at the school. In one week, during four-hour sessions from 8 a.m. to noon, Bogda finished the course. Now, he’s cut out the class-clown act that he was known for and can be found sitting in the first row of his classes where he is an A-B student.

“I really think his biggest focus has been school this year,” Koski said. “He’s not been the greatest with grades from seventh grade to the midseason of his junior year. But he hasn’t missed a day of school this year. That’s been the focus more than anything.”

As a second-grader, Bogda stood out on the basketball court. He was one of the few kids who could shoot a jump shot, and it was then that he noticed he was better than everyone else. He liked that. Even now, it’s not difficult to see what makes him a special player. Just watch pregame warmups, and you’ll notice the things that make him unique. His textbook jumper has solidified him as one of the top 3-point threats; this season he’s made 48 of 114 attempts from beyond the arc. Then there’s his athleticism and the dunk show he can put on as he takes his turn in the layup line.

“He’s the most athletic kid that we have,” Koski said. “He’s a gym rat who is in there 365 days of the year. He’s committed himself fully.”

For Koski, there wasn’t any doubt that Bogda would return for his senior season or that he would be able to get his grades up in order to be eligible. He’s close with him off the court and has served as a mentor who was always available to listen to any problems Bogda would have. It was during these conversations that Koski went over the love Bogda once had for basketball and what it could do for his life.

“Just reminded him why he started playing basketball in the first part,” Koski said. “Remember that feeling you first had when you touched a ball, and then told him how he’s a senior and he’ll either get good grades and play, or you don’t and will always second-guess yourself.”

Besides his own passion, Bogda draws inspiration from seeing his mom enjoy his games from the stands. Their bond — along with the lack of a relationship with his father — is one of the reasons Louie changed his last name from Curtis to Bogda. According to him, she’s not a basketball fanatic, but that hasn’t deterred her from enjoying his games. She’s the first thing he brings up about what currently serves as his motivating factor.

“It makes her happy, so it makes me happy,” he said. 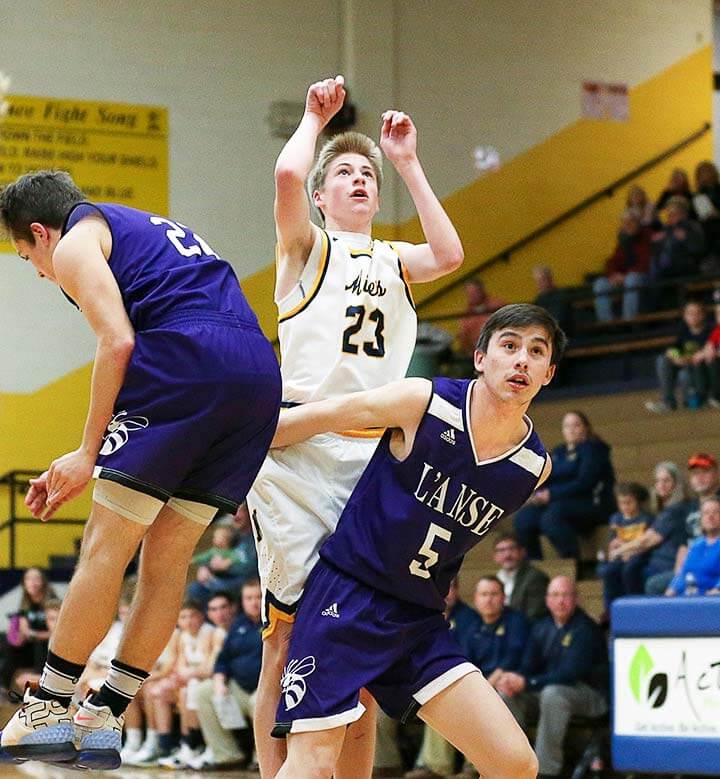 Even after the regular season is done and L’Anse prepares to face Norway tonight in a district opener, Bogda doesn’t reflect on his transformation with any great reverence that you would expect — especially considering what he’s accomplished. He dealt with the loss of two close loved ones as a young teenager before dealing with a depression that consumed him. Despite everything he’s faced, he’s managed to come out the other side as an A-B student whose name will be brought up in All-UP discussions.

But even if he doesn’t recognize his impressive comeback, others have. Koski’s dad mentioned it to Bogda on one occasion.

“He just said that I came a long way and that not many people can turn it around like that,” Bogda said.

Bogda also adds that he was told other people were hoping he would fail during his reformation. And for the second time of the interview, he doesn’t hesitate when discussing another one of his personality traits, and the source of Louie Bogda’s transformation starts to become clear.

My decision: Foster Wonders on why he chose Southern Illinois

As a kid, I always looked up to the top players in the UP. Jason Whitens and Dawson Bilski from North Central, my brother, Carson, and Negaunee’s Trent Bell and Tyler Jandron. Those were the guys I looked up to, and I wanted to continue their tradition of top basketball talent in the UP and raise the bar if I...

Three years after Pete Lewinski moved back home to Ironwood, both the girls and boys varsity coaching jobs opened up. That was in 1992. Some 28 years, seven conference coach of the year awards, eight district championships, six conference titles and two UP teams of the year later, and Lewinski is calling it a career. What a career it was....

First-year coaches may meet some of the unexpected challenges high school basketball presents. So this offseason, Upbeat will check in with head coaches to have them reflect on their first varsity basketball head coaching experience and discuss how they will use that to shape the program going forward. Brittany Turin-Jilbert has coached boys basketball since she was in college, but...