E verything seems to be business as usual for the Gwinn Modeltowners.

It’s a hot Wednesday afternoon, and the players are running drills and discussing formations. The only break in their focus comes near the end of practice when a golden retriever shakes its owner and wanders onto the field. They glance at the dog, and some bend down to give it a quick scratch behind the ears. But all the while they remain focused on coach Ben Olsen and the tasks at hand.

Gwinn coach Ben Olsen addresses his team after practice on Wednesday at Gwinn.

Of course, things aren’t normal. It’s an unusual preseason, marked by a variety of conflicting emotions.

There is uncertainty. Every practice could be the last one, as COVID-19 remains an unpredictable opponent.

There’s excitement, albeit, the cautious kind. Players are happy to be on the field, even if the future of their season remains in question.

There’s confidence. A lot more than you’d expect from a team that went 1-8 last season.

And there is sadness, due to the passing of coach Dion Brown in January.

“When we started the weight room we missed his presence,” said Olsen, who took over the head coaching duties after years on staff. “And then stepping out here we miss his energy and infectious attitude.”

According to Olsen, the start of the season was like Christmas for Brown. And James Harnick, a senior at Gwinn, doesn’t really remember a time when Brown wasn’t the overly excited football coach at Gwinn. When Brown first took over the program, Harnick started as the waterboy.

As Harnick grew up, he progressed from water boy to JV quarterback, to an All-UP receiver last season. Brown was there every step of the way.

The joy he found in football was infectious.

“He was always jumping around and joking with everyone,” Reid Hill, another Modeltowner senior said. “It was like having another kid out there.”

He still took the game seriously, and seniors Harnick, Hill and Tristan Jancsi can’t help but laugh when they think about the way Brown would react when his corners weren’t executing how he wanted.

Brown played corner at NMU in the early 2000s, and he loved to jump in and take over the position during practices.

During one of those occasions, Harnick threw a pass and Brown picked it off.

“He reminded me of that every day,” Harnick said with a smile.

Olsen said they try not to talk about Brown too much. They don’t avoid the subject, and players who are struggling are given ample support, but they also don’t want that sadness to creep into the game.

“We know he’s watching down, and we can feel him,” Olsen said.

But when they do start talking, the memories pour out.

Olsen fondly recalls watching Brown, who was from inner-city Chicago turn into a Yooper.

“He helped shovel roofs, he cut lumber, he was a Chicago guy doing the UP thing,” Olsen said.

It’s strange how a person takes residence in the mind. Here is Olsen, out on the football field where he spent so much time with Brown, and yet, it’s little details that he remembers most about his friend.

Still, the Modeltowners feel his loss most on the field and in the weight room. That’s where Brown always was.

But they can’t stop playing because Brown is gone. In fact, he is one of the reasons that they have to keep going. Keep pushing despite the uncertainty.

As it stands, high school football is intended to move forward as usual, but that could change any moment. The MHSAA is set to meet and reevaluate the situation on Aug. 20.

The effects of the virus are evident immediately at Gwinn’s practice. Coaches are wearing masks and players are no longer allowed to use drinking fountains.

But if the season commences, everyone has to be ready.

“If you don’t prepare and you don’t act like the season is going to happen then obviously you are going to be behind,” Olsen said. “We have been going hard for about 11 weeks now, and we are going to keep going until they tell us to stop.”

The Modeltowners were victorious in just one game last season, but they expect to make big strides this year.

They were relatively young, and now boast a core of seniors. Two of their losses came in overtime, and four others were by two touchdowns or less.

“We have very big expectations,” Jancsi said. “We have a lot of three-year starters coming back, so we are hoping to have a good last year.”

The Modeltowners made two postseason appearances during Brown’s tenure, but never hosted a playoff game.

That’s something they are looking to accomplish this season. Not just for Brown, but for themselves, and for Gwinn fans who have waited a long time for a postseason contest to take place on their field.

“It would mean a lot,” Jancsi said. “ I can’t even remember the last time Gwinn had a home playoff game.”

That’s because it was in 1999, a few years before Janci and his fellow seniors were even born.

For the Modeltowners, it’s time to break that 21-year drought.

But whatever happens, coach Brown will be watching, no doubt while eating peanut butter cookies, munching on gummy worms and yelling out instructions to the Gwinn defense.

And they’ll hear him, too. Because Brown will always be a part of Modeltowner football. 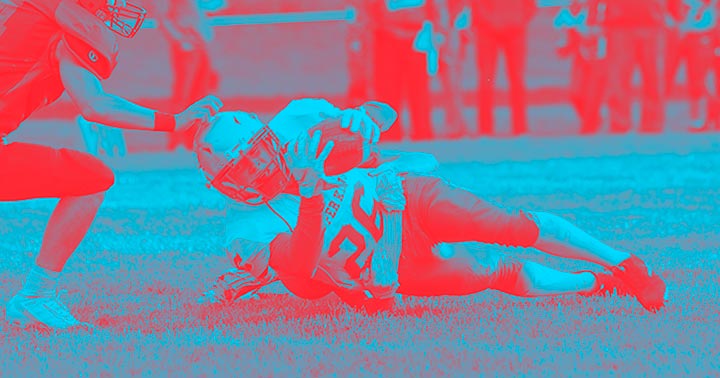 John Croze’s successful Calumet teams have been lauded for their toughness and physicality. “Hard-nosed” and “stout” have been used regularly by opposing coaches to describe their downhill running attack and punishing run defense. So in a time of an uncertain abbreviated football season during a pandemic where the status of each game remains up in the air on a week-to-week...

This week marks a year since Paul Jacobson was forced into damage control mode. By this point of the season in 2019, six two-way starters were injured, forcing Jacobson to find 12 replacement spots for the 22 starters on his offense and defense. Not ideal for a veteran senior team with deep postseason aspirations.

Marquette won the GNC title last year. Since then, there’s been a global pandemic, the cancellation of winter and spring sports, a statewide shutdown, masking mandates, football was on for this fall, then it was off, then it was possibly moved to the spring and now it’s back. So one would be forgiven if Marquette’s 4-0 run in the conference...