Boddy aims to turn around Manistique

Many coaches would ideally pick a team that fits those molds.

But high school athletics have always had a luck of the draw component. A technique can be taught, but genetics? You get what you get.

A 2010 Iron Mountain alumnus and former high school basketball player, Boddy honed his skills and built a knowledge base under the great Harvey Johnson. So it’s safe to say he knows potential when he sees it. 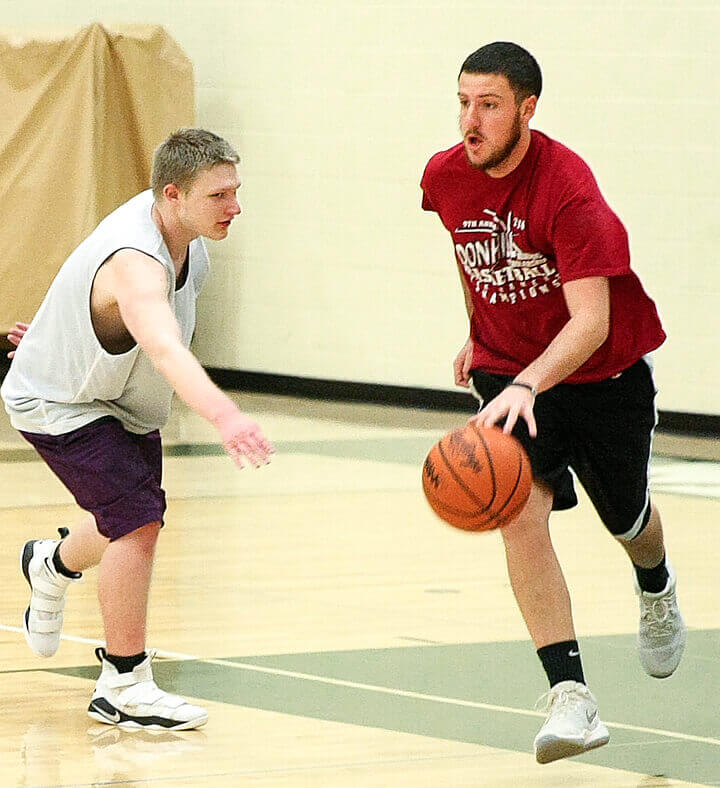 “This sophomore class is a pretty good group of kids. I knew things were looking up around here, so I kind of jumped on the opportunity once I heard Mr. Marietti was leaving,” Boddy said.

Ed Marietti was a fixture at the head of the Emeralds’ varsity program for decades and oversaw the best seasons in the program’s history during his tenure. Boddy knows the history. He also knows what sets Manistique apart from other schools in the Upper Peninsula, pointing to the extended court.

“Us, Menominee (and Ewen) have the only college-size courts in the U.P.,” he stated. “We can use that to our advantage.

“An extra ten feet both ways is a big thing. I know when I was in high school, you came here and you could definitely tell the difference. I told the kids we’re going to be in shape, and we’re going to use this to our advantage as much as we can.”

With those words, you can guess what practices entail. Fortunately for Boddy and the Emeralds, he has the type of athletes needed to run the length of this court. As the mostly small-statured Emeralds sprinted up and down the court during practice early in the season, though it is a crude comparison, it was hard not to draw some similarity to the type of team you would see at Carney-Nadeau. There were quick hands, breakaway steals, and shots in transition from beyond the arc.

Boddy had no problem with that comparison. His eyes light up at the mere mention of the press defense, properly implemented.

“Yes, definitely,” he emphatically stated. “That’s what I want to do. Run and trap. We’re going to try.”

But Boddy also knows that offense naturally comes before defense, and much work will be involved in sharpening Manistique’s defense to the point that it can challenge every shot on every possession.

Last season, Manistique went 2-19 and many of the games weren’t close.

"We've been competing against each other trying to get that chip on their shoulder so that when we go up against some of those guys, we don't get pushed around."

“Before taking this job I reffed basketball all over the UP so I see the scores and I see them. I think they really lack on the defensive end, so we’ve been hitting it home,” Boddy said.

“I just want to see improvement. I want them to compete and go out there with a chip on their shoulder and not get pushed around. We’re going to be more respected than we’ve been the last couple of years.”

The Emeralds are built around sophomore point guard Wyatt Gierke. A Gladstone transfer who made the Braves’ varsity team as a freshman, Gierke has natural basketball instincts and leadership skills. He adeptly dishes out no-look passes with future vision. Although still an underclassman with plenty of room for further growth, Gierke appears more than capable of carrying the Emeralds this season.

“He makes us go. He’s definitely a good player,” Boddy said. “We go where he takes us, really. He’s our smartest basketball player.”

Shooting doesn’t appear to be a problem for the Emeralds as several players in practice displayed good form in transition and from beyond the arc. This ability was honed after hours in the gym during the summer and fall.

“The good thing with our team is that even with our so-called bigs that we have, I’m comfortable with them shooting,” Boddy said. “Every one of our guys can shoot.” 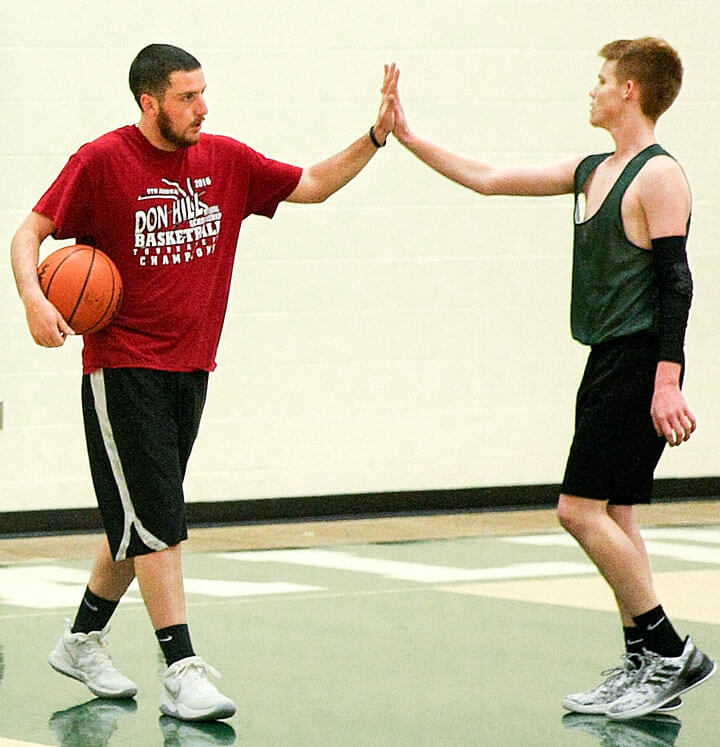 One of the Emeralds’ leading returners is sophomore Schyler Andersen, the team’s ace from downtown. Sam Warren is another smooth shooter. There’s also a couple familiar last names such as Joey Hoholik and Kanton Louzon.

Though he just joined the Emeralds during the summer, Boddy is already making his mark on the program, getting involved with the teaching of the up and coming Emeralds.

“I was part of the interviewing process for the eighth grade boys coach, and he’s been popping his head in every once in a while,” Boddy said. “He sat in my room and we went over ideas, and we collaborated there.

“Because I got the job so late, I haven’t really incorporated elementary yet, but that’s coming next year.”

The Emeralds will be tested right off the bat this season, with an intimidating three-game stretch for any team.

“We open with Gladstone, Iron Mountain, and Gladstone,” Boddy said. “We’ll see what we’re made of really quick.”

And of course, playing against the M-PC, it’s not likely to get easier.

“Marquette County is tough. It’s always big, strong physical kids,” Boddy said. “We’ve done a lot of competing. We haven’t really been doing Xs and Os. We’ve been competing against each other trying to get that chip on their shoulder so that when we go up against some of those guys, we don’t get pushed around.”

Regardless, last season’s 2-18 record may not hang around the team for long.

“I wasn’t a part of it,” Boddy said. “I’ve said since Day 1, I don’t care what happened last year. This is a fresh start, especially for the upperclassmen, I told them we’re starting from scratch. We got that message home right away.”

Staff Writer
Keith is a staff writer for Upbeat. He served as the sports editor of the Escanaba Daily Press from 2012-16 and worked as a sports reporter from 2010-12. During his time at the Press, he covered multiple state title runs.